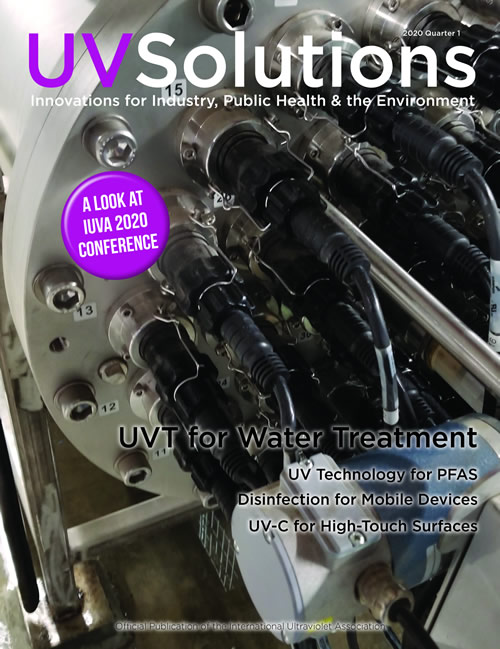 Essentials of Germicidal Irradiation for Reduction of Microorganisms.
Learn More.

UVC Is Efficient and Safe

Essentials of Germicidal Irradiation for Reduction of Microorganisms

UVC Is Efficient and Safe

UVC Germicidal Fixtures increase the value of all air conditioning and air-circulating systems by:

Treating air that passes through an HVAC unit with ultraviolet light will reduce, or eliminate, DNA-based airborne contaminants (bacteria, viruses, mold spores, yeast, protozoa), and provide much healthier air to breathe. UVC Germicidal Fixtures are a labor-free solution that will not harm occupants, equipment or furnishings because they produce no ozone or secondary contaminants. For more than 70 years, tens of thousands have been safely installed in hospitals, clinics, processing plants, commercial offices, manufacturing sites and other commercial facilities and multi-and single-family residences around the world.

Filters are necessary to trap dust, pollen and other particles, however, to remove harmful bacteria and viruses from the air stream you need the addition of UVC light to render these microorganisms sterile, and therefore unable to reproduce.

Cleaning coils is like treating symptoms. Using UVC Germicidal Fixtures from American Ultraviolet Company, on the other hand, is actually more like curing the disease.

Without UVC, coils require constant cleaning, an expensive and inferior process that often relies on toxic and/or flammable solvents that are dangerous, and that can diminish the life of the coil. Cleaning also frequently leaves material embedded in the center of the fin pack. Steam cleaning, in particular, can actually force growth deeper into the fin pack, compressing it so tightly that the only solution could be to replace the coil.

UVC Germicidal Fixtures keep coils clean all of the time, enabling HVAC systems to perform as originally intended, and ensuring:

They'll often pay for themselves in months and can help you save many thousands of dollars in on-going energy and maintenance costs. In addition, UVC Germicidal Fixtures play a very important role in improving air quality and will eliminate the awful odor and slimy build up associated with mold and bacteria that thrive when temperatures are between 50-100F (especially when moisture is present), and that make air unhealthy for all building and residential occupants. Healthier employees mean better productivity and less sick time.

For HVAC applications, just as with all other UVC sterilization applications, direct exposure to 254nm UVC radiation, given appropriate exposure time, will inactivate the DNA and RNA of microorganisms (such as bacteria, viruses, mold spores, yeast, and protozoa), rendering them "sterile" (unable to reproduce), which, in biological terms, results in a "dead" microorganism.

An acceptable kill rate is determined by the total amount of UVC energy a microorganism "sees." This is a "dosage." Dosage is a product of the intensity of UVC radiation (expressed in microwatts per square centimeter) and exposure time to that radiation. You can find the necessary dosage for most common mold spores in the following table. Mold spores are generally much more difficult to kill than microorganisms and viruses and, thus, require a much higher dosage of ultraviolet light. The values shown under the percentage kill are in microwatts per square centimeter of UVC energy.

Essentials of Germicidal Irradiation for Reduction of Microorganisms

The first documented application of UV for the purpose of disinfection was a 1910 prototype drinking water plant in Marseille, France1. Since that time, effective use of ultraviolet energy for reduction of microorganisms has spread to a wide variety of applications including drinking and wastewater, indoor air quality, food safety, horticulture, healthcare and consumer products. The list of current applications is far too long to fully list here, so the simplest summation is that UV-C technology is now widely used to effect reduction of bacteria, viruses, molds and other pathogens in air and liquids and on surfaces. Read full article.

When researching UVC Germicidal Fixtures, you may come across several different types of lamp technologies and configurations.

All UVC lamps essentially consist of a quartz envelope containing mercury and other gases and electrodes. When the lamp is struck, the energy between the electrodes excites the mercury into a vapor, which produces C-band ultraviolet energy. Almost all germicidal lamps currently being used in mainstream HVAC applications have been low-pressure lamps; American Ultraviolet recommends using High Output lamps. Following is information about some of the more common UVC lamps:

American Ultraviolet Germicidal Fixtures feature the highest High Output (HO) Lamps, which provide even greater efficiency than lamps other companies offer. And these lamps don't lose as much germicidal energy when temperatures fall within the HVAC system, enabling them to kill more mold and bacteria across a wider temperature and air velocity range than all others.